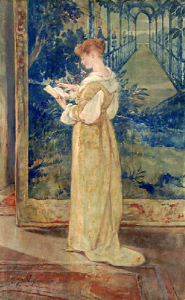 Competition Winner and Runners Up

The poetry competition of 2015 is now closed and we were delighted to announce Rob Miles as the winner with his excellent entry.

After some debate we have decided to publish the best of the runners up here.

Thanks to all who took part. The response was marvellous with over 200 entries.

Often we find displays of the bones of ancestors in museums that lack much, if any, consideration of the personhood of the individual on display. Honouring the Ancient Dead (HAD) never advocates display of ancestors but recognises that it still happens. Today we are launching a competition to create a poem to be used as a standard tribute for the ancient dead. Every museum known to have ancestors on display will be offered the winning poem to be used as a plaque alongside the display. Additionally, the best local entries will be presented to the relevant museum – to celebrate the community voice.

The title for the poem is ‘Honouring the Ancient Dead‘ (a celebration of the ancestors on display up and down the country – perhaps acknowledging their continuing place within the community). However, the theme may be interpreted as loosely as the entrant wishes.

A full copy of the Rules appears below.

Entries should be sent via email or the Contact form on the HAD website – with information as set out in the rules below – with ‘Poetry Competition’ in the subject line.

The Closing Date for entries is Saturday, 28th February 2015.

1.      The competition is open to anyone in the United Kingdom.

2.      Poems must be original, unpublished, not currently submitted elsewhere, and must not have won any other prize.

3.    Poems should be typed and must not exceed 14 lines. Poems must be in English and restricted to the theme which is: ‘Honouring the Ancient Dead’.

5.    No entry form is required, but all e-mail, online and paper entries must include (in BLOCK LETTERS if handwritten) your name, address, email address (if you have one) and both day and evening telephone number along with the poem submitted.

6.      Receipt of your entry to the competition will not be acknowledged.

7.      The winners will be announced at the HAD AGM (currently scheduled for Saturday, 7th March 2015). The winning poem and names of the winners up will be published on the HAD website at www.honour.org.uk the following day.

8.      Do not send your only copy of your work, as we cannot return poems after the competition, nor can be held responsible for the loss of your poems. No amendments can be made to poems once submitted.

10.   The closing date is midnight Saturday 28th February 2015 and no entries will be accepted after this date.

11.    The winner will be notified by telephone and e-mail on Saturday 7th March. The winner will be publicly announced on Sunday 8th March. There will be one winning entry, which will form the standard tribute that HAD will issue to every museum displaying ancestors’ bodies (commonly referred to as ‘human remains’) within Britain. As such, publicity will be sought for the competition and the use of the winning standard tribute. Entrants may wish to waive their involvement in such publicity by including the words Waive Publicity with their submission. Subject to the agreement of entrants, entries of runners up may be offered to the relevant local museum as the community voice.

12.   Copyright remains with the authors, but Honouring the Ancient Dead reserves the right to publish the winning poems (both in print form and online).

13.   Entrants will be deemed to have accepted these conditions of entry on submission of their poems.

14.  The decision of the judges shall be final and binding upon the participants entering this competition.

Note: The adjudicators of the competition will be the Trustees of Honouring the Ancient Dead.

We have a HAD Poetry Poster for anyone to use to publicise the competition.